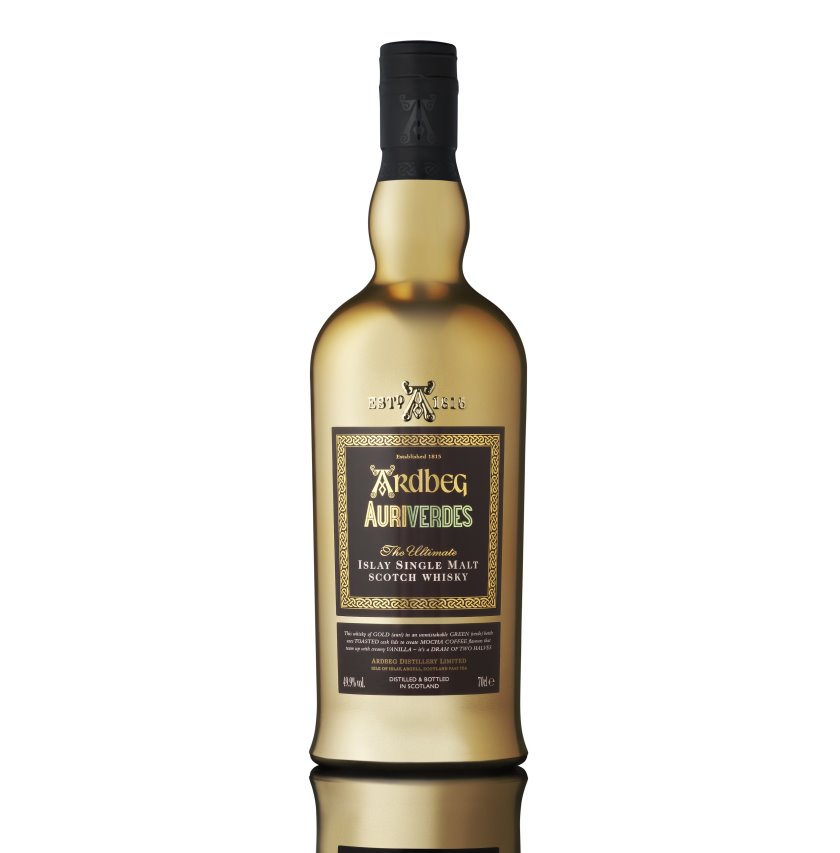 Above Regional Wines & Spirits in Wellington gets ready to celebrate Ardbeg Day on May 31. New Zealanders are among the first in the world to sample Ardbeg’s limited-edition Auriverdes Scotch, to be released on May 31, thanks to the time zone.
In fact, Lucire got a preview of the limited-edition single-malt scotch prior to the launch at a tasting hosted by Alastair Morris at Regional Wines & Spirits in Wellington, the latest Ardbeg “embassy”.
Alastair, known in Wellington for his years in the culinary trade before changing to retailing alcohol, and his colleague Richard gave a very detailed lesson on Scotch and the whisky-making geography of Scotland.
Starting with a standard whisky, such as one that might be found at a bar as the house Scotch, we progressed to two offerings by Ardbeg.
We sampled the Ardbeg Ultimate Islay 10-year-old single malt (left) first, with a smoky, oak body. It’s considerably superior to and richer than the standard Scotch, with a far more complex flavour.
The new Auriverdes, which ties in not only to Ardbeg Day but the World Cup, is smoother, with a tarry and mocha aroma, with a coffee-ground and maple body (the official notes state ‘maple-cured bacon collides with hot-smoked salmon’) and a vanilla finish.
It is a follow-up to the limited-edition Ardbeg Galileo, which won the World’s Best Single Malt award at the World Whisky Awards last year, and is expected to retail around the NZ$150 mark.
The launch event, to be held at Regional Wines & Spirits (15 Ellice Street, Mt Victoria) commences at 11 a.m. and runs to 5 p.m. on the global Ardbeg day. The distillery on Islay, Scotland will celebrate the same day when May 31 arrives there, and at participating Ardbeg embassies worldwide. It is the culmination of the Feis Ile (Islay Festival), which runs from May 23 to 31.
House of Whiskey in Auckland and Whisky Galore in Christchurch will also celebrate at the same time as Regional.
More details of Ardbeg Day and becoming an Ardbeg committee member can be found at www.ardbeg.com/ardbeg/members/public/index/register.—Jack Yan, Publisher