It takes a village … or two: exploring Tokyo’s niche neighbourhoods

We’re all collectively hoping travel will resume in 2021 and the Summer Olympic Games will go on. Based on the care, work and planning that went into the environmentally conceptualized New National Stadium by architect Kengo Kuma along with a proliferation of innovative hotels, expanded public transportation and colourful cultural events, we look forward to seeing how—in person or on television—how bigger can beautiful.
Japan’s big economic and cultural ambition are perennially on glorious display throughout Tokyo. You’ve got the glamorous Ginza, bustling Shibuya Crossing and the (now very commercial) Harajuku shopping districts and always-reliable historic go-tos (Imperial Palace, Meiji Shrine, Ueno Park) and family fun spots (Tokyo Disneyland, Tokyo Tower, Toyota Automobile Museum). As one would expect, there are also wildly futuristic “only-in-Japan” destinations—most notably Team Lab (teamlabart.com), where visitors become an integral part of several immersive and interactive artscapes.
However, as a part of a generation that’s open minded and more well travelled, we’re craving neighbourhoods where one can truly shop and dine like locals. Though the food courts and pop-up specialty boutiques of department stores Daimaru, Isetan and Mitsukoshi are the stuff of legend, we’ll cheerfully swap out big department stores and sprawling mega-malls with funky local chain outposts, one-off boutiques, wonderfully curated thrift stores and quirky-chic restaurants that serve charming spins on western fare. Pocket-sized museums, shrines and green spaces are tucked into the artful retail landscapes. It’s all living proof that one doesn’t have to brave large crowds or re-see tourist draws to feel they’ve experienced Tokyo.
Daikanyama, a mere 15-minute walk from Shibuya Crossing, is either a perfect starting-point to explore Tokyo’s more chill version of urban sophistication or a reliable haunt if you’re in town for only a couple of days. It set the standard for other neighbourhoods to follow as it has been a street fashion destination since the 1980s. The change of scenery from Shibuya is dramatic, with tree-lined streets, bungalows, and low-rise architecture connected with winding walkways and alleys.
Start the day at the Ivy Place for a beautifully prepared bakery café-style breakfast (with inventive Japanese twists, and then hit Tsutaya at T-Site a delightful rabbit hole of literature and art with the feel of a world-class art gallery rather than a flagship of a national bookstore chain. Towering bookshelves are broken up with a magazine department, museum shop-like retail nooks, luminous murals and gallery areas with regularly changing art installations.
Although travel writers hip to Daikanyama early on compared it to New York City’s Soho, it’s just as much a nod to Los Angeles’ trendy Venice and Santa Monica, thanks to the presence of LA staples Urth Caffé and Blu Jam. Just like Los Angeles, denim is a big part of the local fashion identity, and this neighbourhood (which bleeds a little bit into Ebisu) holds outposts of Japan’s most internationally recognized brands. While jeans are famously expensive, foreigners who swear by them as wardrobe staples note Japanese selvage denim “investment” jeans, are worth every penny for their quality and refined tailoring.
Hollywood Ranch Market features a mix of established (US$200-plus) and up-and-coming denim labels (some for as low as US$110), resembles the kind of hippie–boho-chic Venice’s trendy Abbott Kinney with its æsthetic. However, the shopping experience is very Tokyo, from the painstaking merchandising to the astute staff. Sister store Okura, inside a decades-old Japanese warehouse, specializes in natural indigo-dyed clothes and accessories. Other brands of note with outposts here include Kapital, High Standard and Blue Blue Japan. Japanese designer Yosuke Aizawa’s White Mountaineering flagship boutique takes comfy athleisure pieces and basics in sharply tailored directions.
The main cultural gem in the area is the former Kyu Asakura family residence, built in 1919, is an elegant relic of Japan’s brief Taisho era (1912–26). The mansion—which miraculously survived the Great Kanto Earthquake in 1923 and the Second World War—was designated an important cultural property by the Japanese government in 2004 and opened to the public. Saigoyama Park, meanwhile, offers a break from retail therapy, thanks to its vistas of Mt Fuji on clear days and its small throng of cherry trees. Log Road, at the top of the former Tōkyū subway line, is now a trail of free-standing businesses which include Kirin’s Spring Valley Brewery selling small-batch craft beers, an outpost of LA retailer Fred Segal, and Kamakura’s Garden House Crafts. 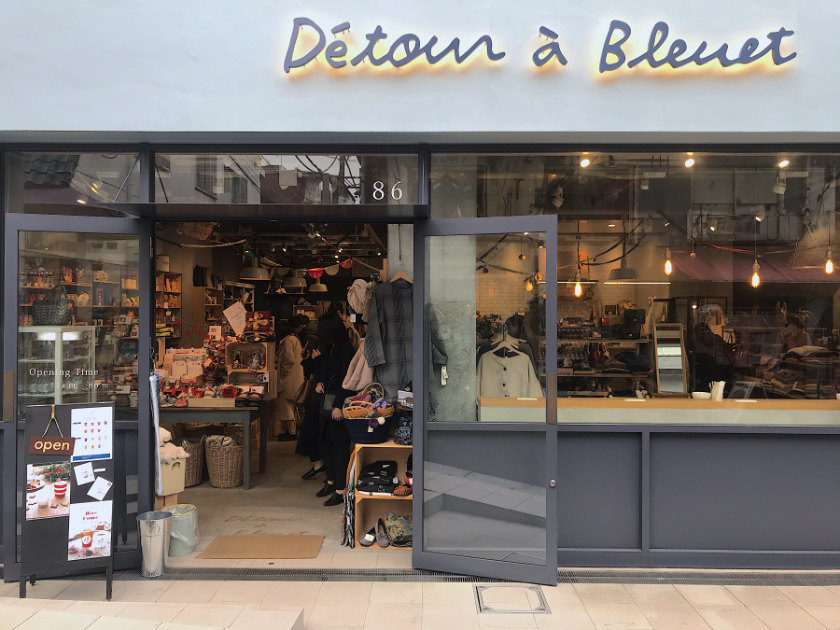 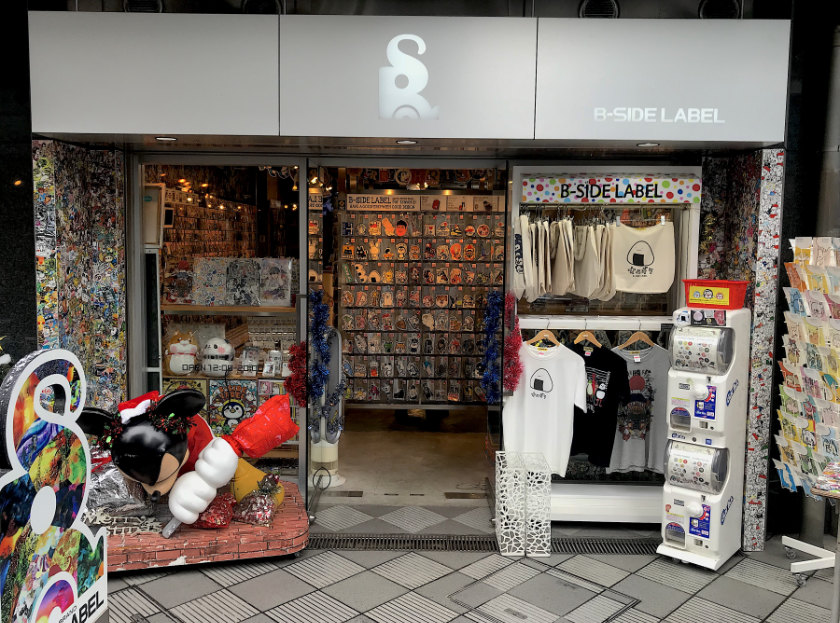 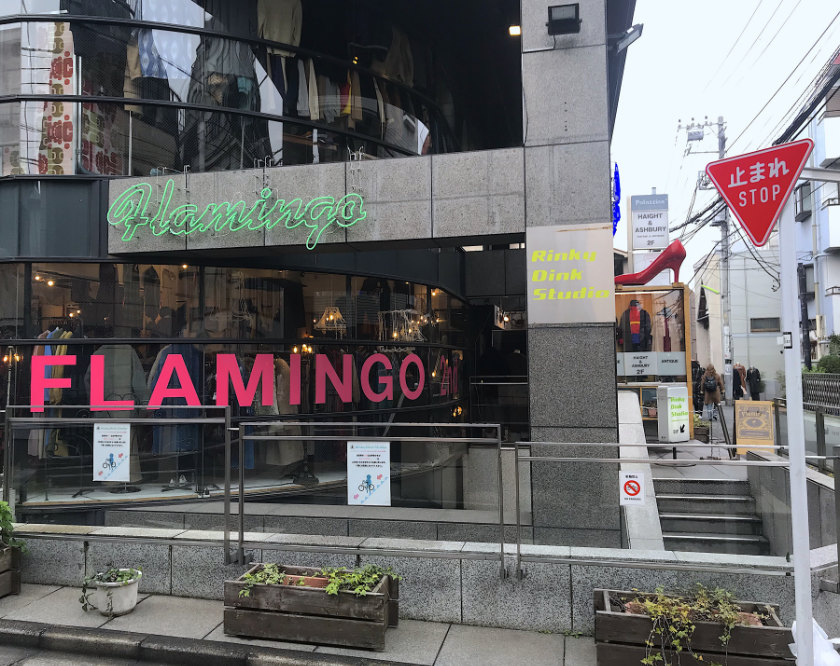 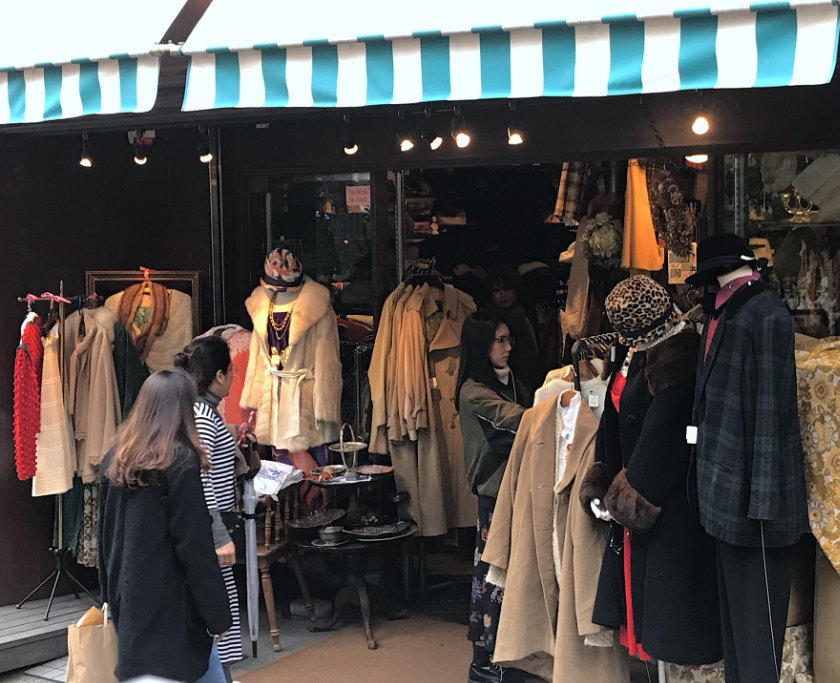 Above: Shops at Shimokitazawa.

Shimokitazawa was originally established as a residential district after the 1921 Great Kanto Earthquake flattened other Tokyo neighbourhoods. A half-century later, it became the city’s equivalent to Haight-Ashbury and set the tone for its biggest draws—second-hand shops—and provided a namesake for one of its most popular second-hand shops.
The district is a three-minute train ride on the new Odakyu line originating from Shibuya, but like Daikanyama, provides a dramatic contrast to Shibuya. Artists, restaurateurs and shop owners in the area are conscientiously trying to prevent the enclave from becoming the next Harajuku or Ebisu. Second-hand stores like the aforementioned Haight-Ashbury, Flamingo, Little Trip to Heaven and even the humble Mode Off (the fashion-focused offshoot of Book Off, which is similar to Goodwill in the US) have quietly become destinations for fashion shoppers in the know. Up-and-coming designer ateliers draw you in with homy settings and infectious playlists of American ’70s funk and ’60s Brit pop.
Several old-school vinyl record stores add to the soundtrack, while quirky spots like B&B (‘Book and Beer’) and B-Side Label stock small-batch products for home and wardrobe by young designers. Pocket-sized eateries such as Torisoba Soruto, Shiro-Hige’s Cream Puff Factory and Flipper’s are interspersed between shops, allowing for optimal people-watching.
The almost bucholic Jiyugaoka, ten minutes on the Tōkyū Railways line from Shibuya in the opposite direction from Shimokitazawa, is a celebration of the Japanese reverence for all things French and Italian. It has a Marie Claire Promenade outfitted with Parisian-style benches and La Vita Square with a Venetian bridge and gondola. Instead of chain stores, there are many sweet shops along with retailers stocking French and Italian imports or Japanese-made clothing and home items with a European sensibility. 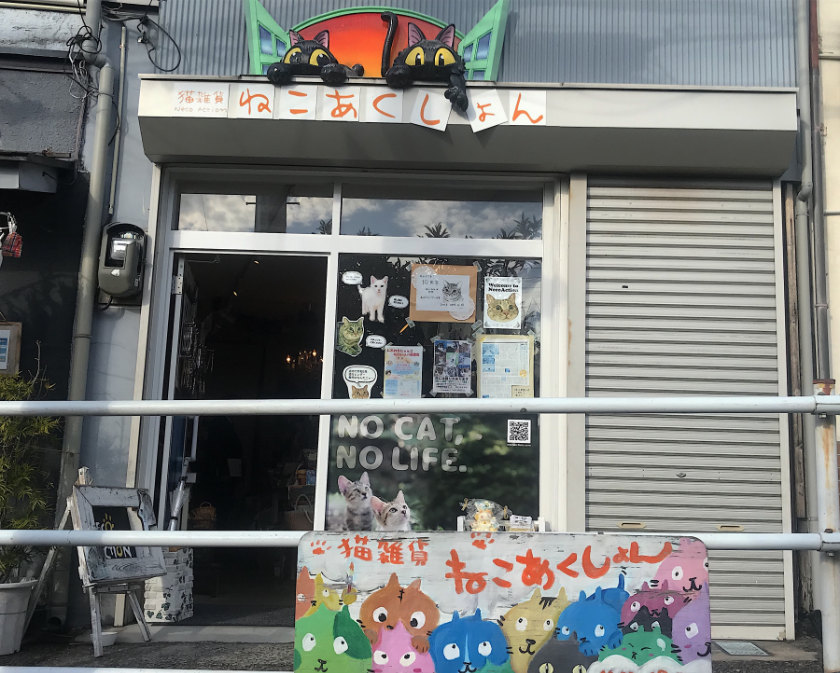 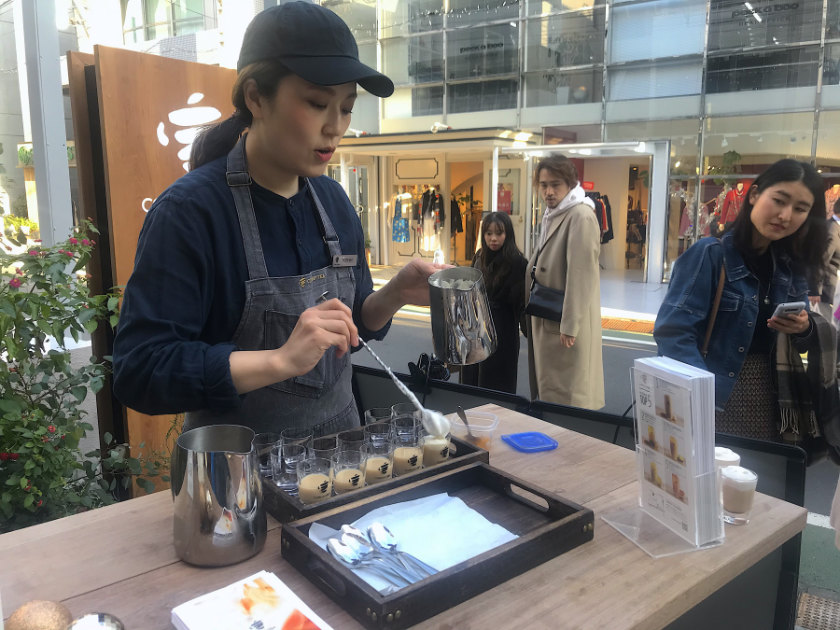 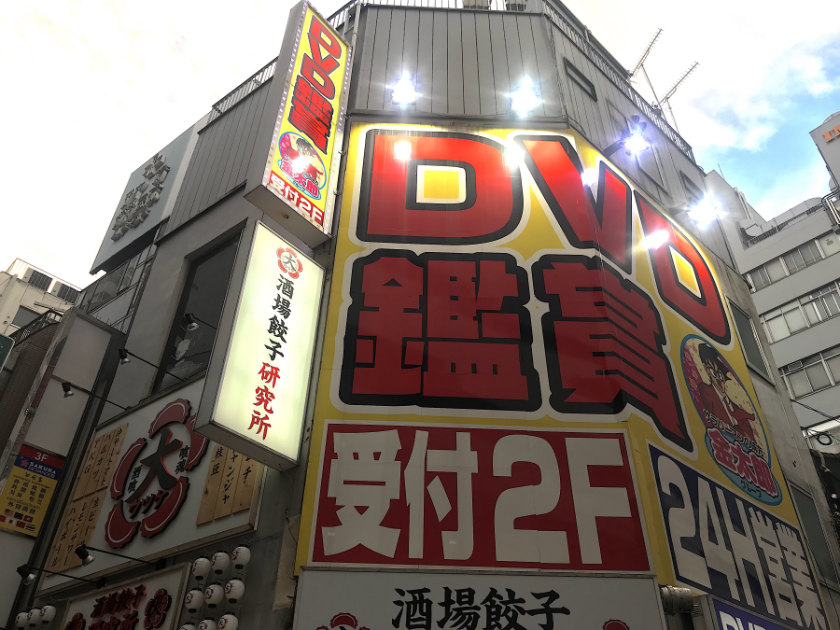 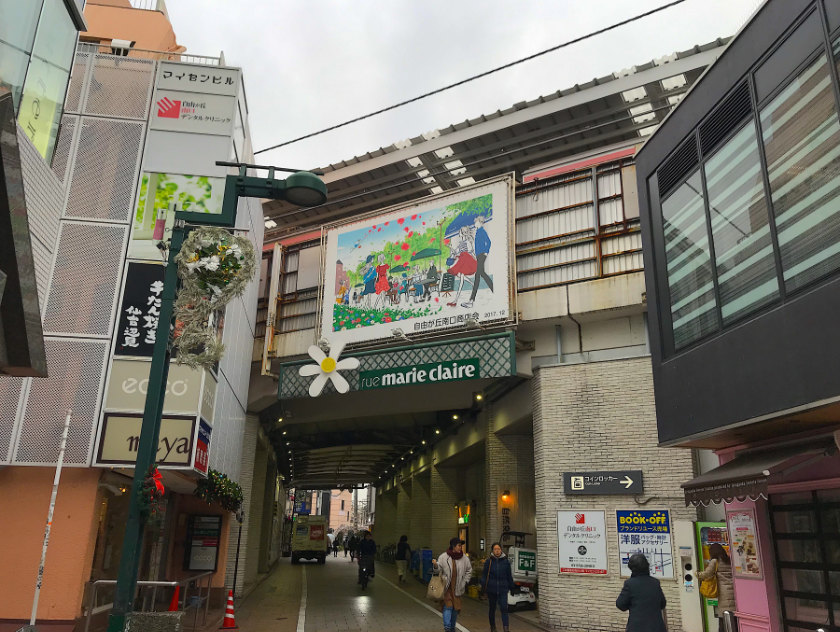 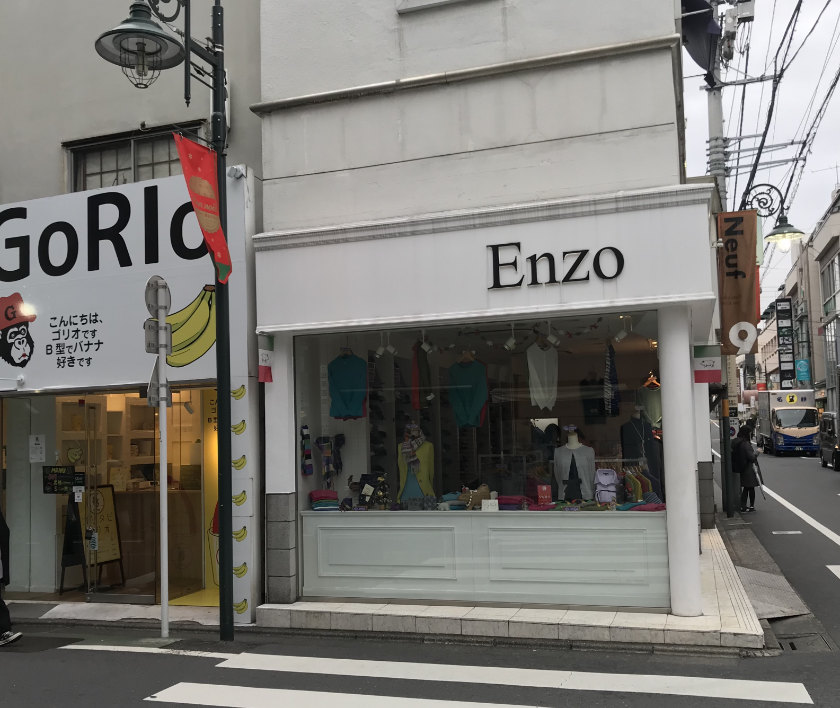 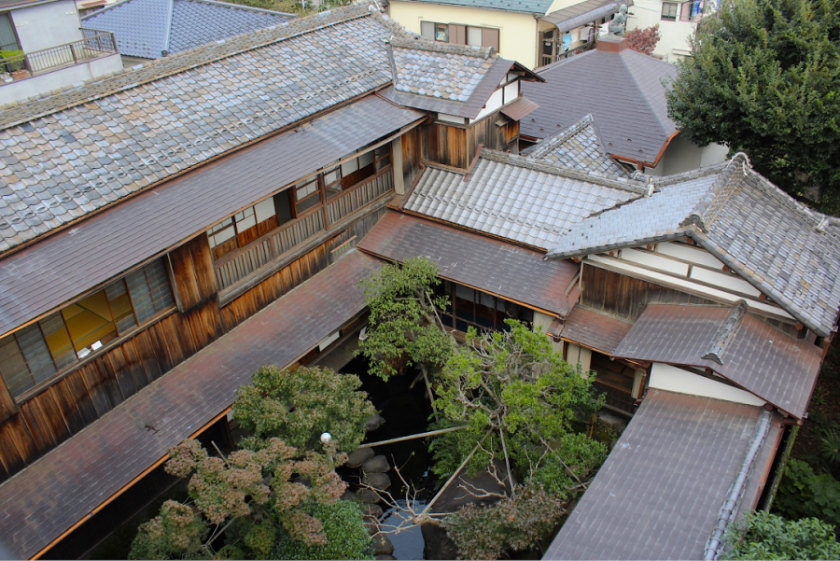 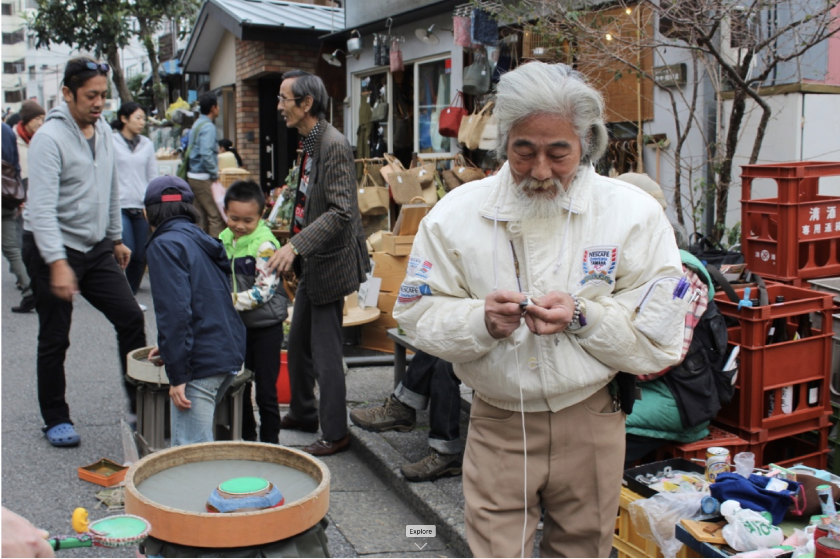 While Jiyugaoka was completely rebuilt after being destroyed in World War II, there are several compelling remnants of prewar Japan that are restored and open to the public. One early 20th-century residence, Kosoan, houses a gallery, garden and café serving green tea and traditional Japanese desserts. The grounds of the 800-year-old Kumano Shrine, located behind a thicket of trees near Kosoan, is known for its several hidden statues.
Luxury-label shoppers looking for an alternative to the flashy Ginza will enjoy Omotesandō, which straddles the Shibuya and Minato districts as well as Harajuku’s teen-oriented Takeshita-dori (a.k.a. Kawai Street). While main drag Omotesandō Avenue sparkles with the storefronts of international designers, sophisticated young residents are more likely to be found along pedestrian-friendly Cat Street and its adjoining alleys. Look for edgy clothing stores, chic indie coffee shops and street art.
Museums here are also quite “boutique”. The Ota Memorial Museum of Art is dedicated to 17th-to 19th-century ukiyoe, a form of woodblock print and painting many say inspired today’s anime. The Nezu Museum houses pre-World War II tea ceremony essentials such as ceramics, lacquer items, paper screens, textiles and sculptures collected by businessman–politician Kaichiro Nezu (1860–1940). Cat Street is considered a “newer” part of town as it was built into the bed of a stream diverted underground during the preparation for the 1964 Tokyo Olympics.
After visiting Ueno Park and the Tokyo National Museum in the Taitō Ward on the other side of town, walk 15 minutes through Tokyo University of the Arts’ lush grounds into Yanasen and toward the Yanaka Ginza shopping street—which survived the World War II air raids intact. You’ll pass the old Yanaka Cemetery (containing the grave of Tokugawa Yoshinobu, last shogun of the Edo period), Tennoji Temple, Kannon-ji Temple and the Asakura Museum, inside the former home of sculptor Fumio Asakura and his artist daughters.
The milieu of early 20th-century city life flows into Yanaka Ginza and the Ameyokocho Market, as does a foodie culture blending the old and the new. Observe long-time residents purchasing produce, meats, baked goods, snacks and roasted tea at modest shops and stalls. Sweet bakery–cafés like Yanaka Kenshido and snack shops like Ikayaki Yakiya also echo a residential Tokyo from a gentler time.
Although it is tucked into bustling business district Shinjuku, Kagurazaka-dori and its side streets have much in common with old Kyoto. Through the end of Japan’s Edo Period, it was an entertainment district with geisha houses and restaurants. It retains that character 150 years on, though it now a wonderland for hard-core foodies and sake enthusiasts. In addition to posh bistros, affordable izakayas and quality street food, one will find specialty retailers laser-focused on Japanese and French delicacies. Noteworthy locales include Kinozen, dedicated to matcha bavarois (green tea pudding), Baikatei, for its high-end traditional sweets, and Kogetsu for its Senbei ice cream sandwich. This neighbourhood is also a must for architecture lovers, with two iconic buildings by New National Stadium designer Kengo Kuma: Akagi Shrine and warehouse-turned-minimalist chic shopping centre La Kagū. Other historic temples worth visiting include Zenkokuji and Tokyo Daijingu. • 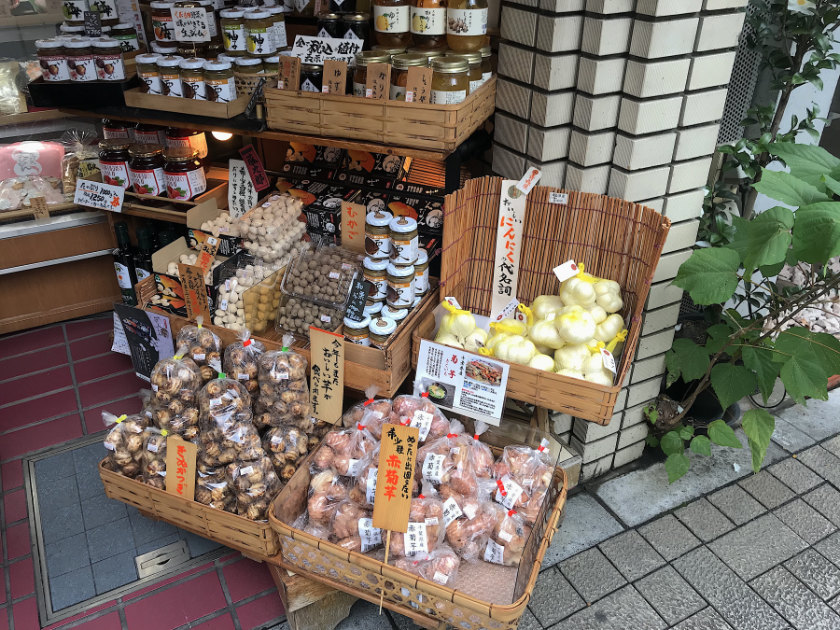 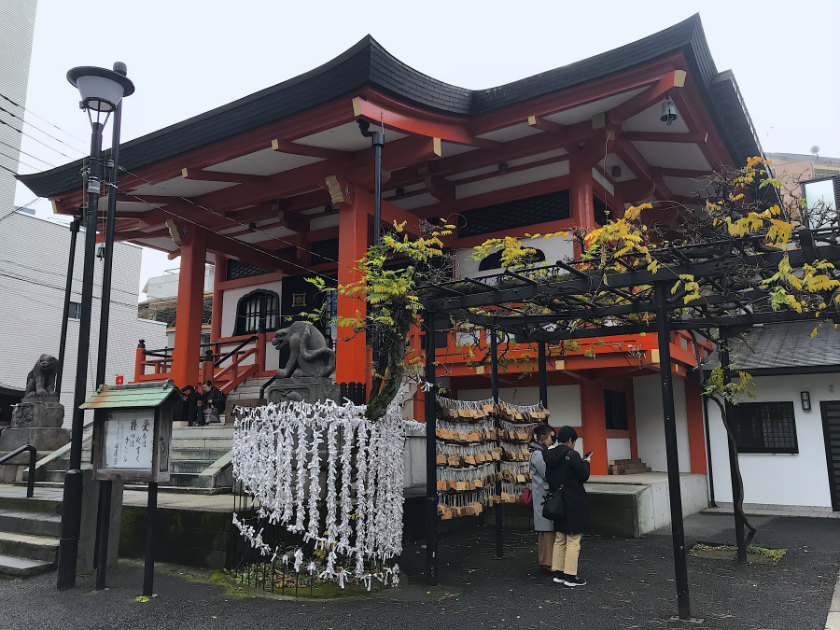 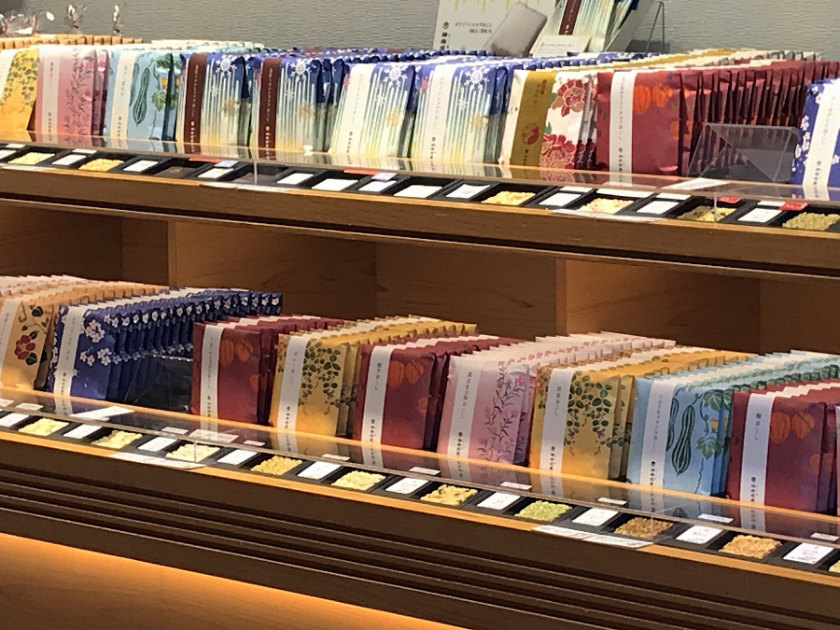 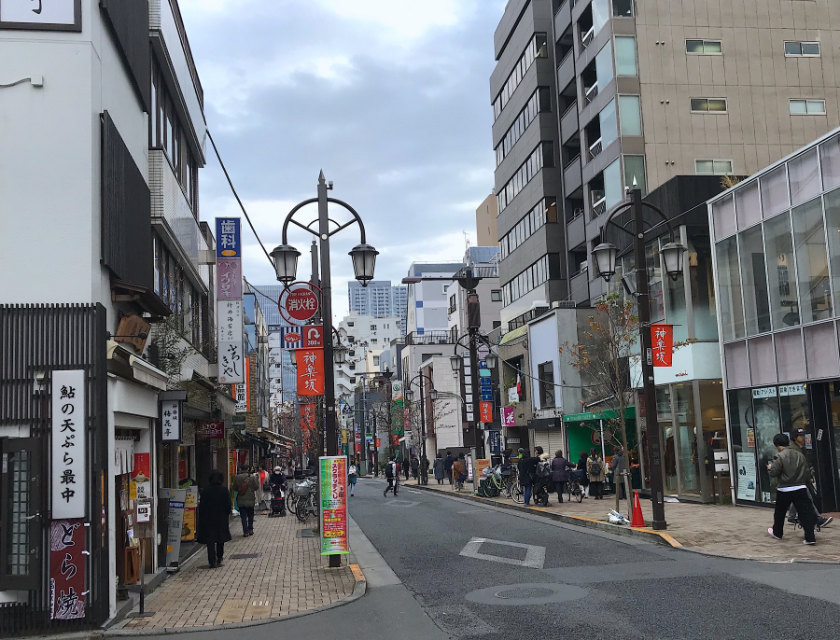 Above: Kagurazaka-dori sights and streets.

Tags:
Previous Article
All this … and healing waters, too!
Next Article
Born in east LA: la belleza de Sweet Street