Some people talk about spreading the love. Artist and Los Angeles-native Ruben Rojas has been doing it since 2013, when he traded his finance industry suit for paints and supplies 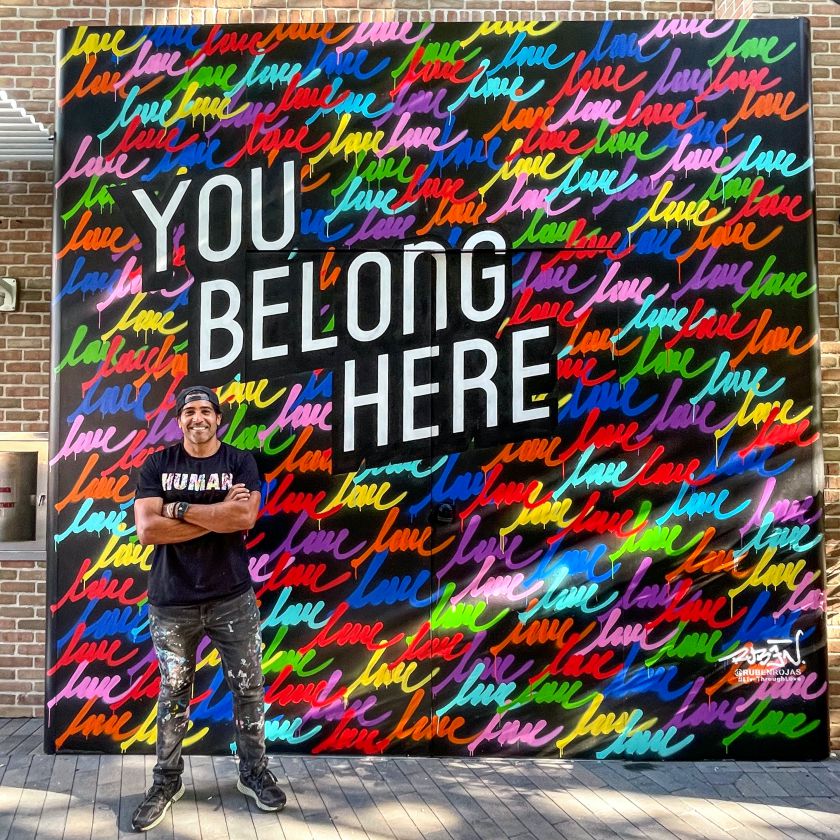 ‘You Belong Here’: that goes for everybody, according to the artist.

It’s amazing what a little bit of love and a lot of colour can do to make the heart a little happier, even when we’re living through one of the most tumultuous times in modern history. Through his perspective, Ruben Rojas is projecting his deep belief that if individuals can live through love, humanity has the potential to endure and be all the better for it. This is why you can see his canvases, sculptures and murals in Chicago, San Antonio, Houston, Columbus (Ohio), Iowa, Mississippi, Pennsylvania and Paris.
Given that Rojas spent some of his youth in the San Fernando Valley, the Westfield Topanga Mall was an apt place to kick off a real-life “summer of love”, personified in three art installations and sculptures with multi-generational appeal, from pop art influences (Keith Haring, Andy Warhol, Jean-Michel Basquiat) to Instagrammable canvases to his southern California upbringing. The installations works based on concepts everybody can relate to: unity, equality, and ‘You belong here’—one of Ruben’s favourite sayings.
‘It’s easy to question our belonging, worth and life,’ Rojas says. ‘The truth is that each one of you belongs here and brings so much value to those around you. Never doubt your existence!’
The late July event also served as a launchpad for his new activewear collection that allows men, women and kids to wear their hearts on their sleeves (and elsewhere) via rubenrojas.com. The site also sells smaller-scale versions of his sculptures, suited for home and office. In Los Angeles, Ts with an exclusive Rojas design are raising funds for FeedSoCal (addressing food insecurity in the wake of COVID-19) in partnership with local television network affiliate KABC-TV. 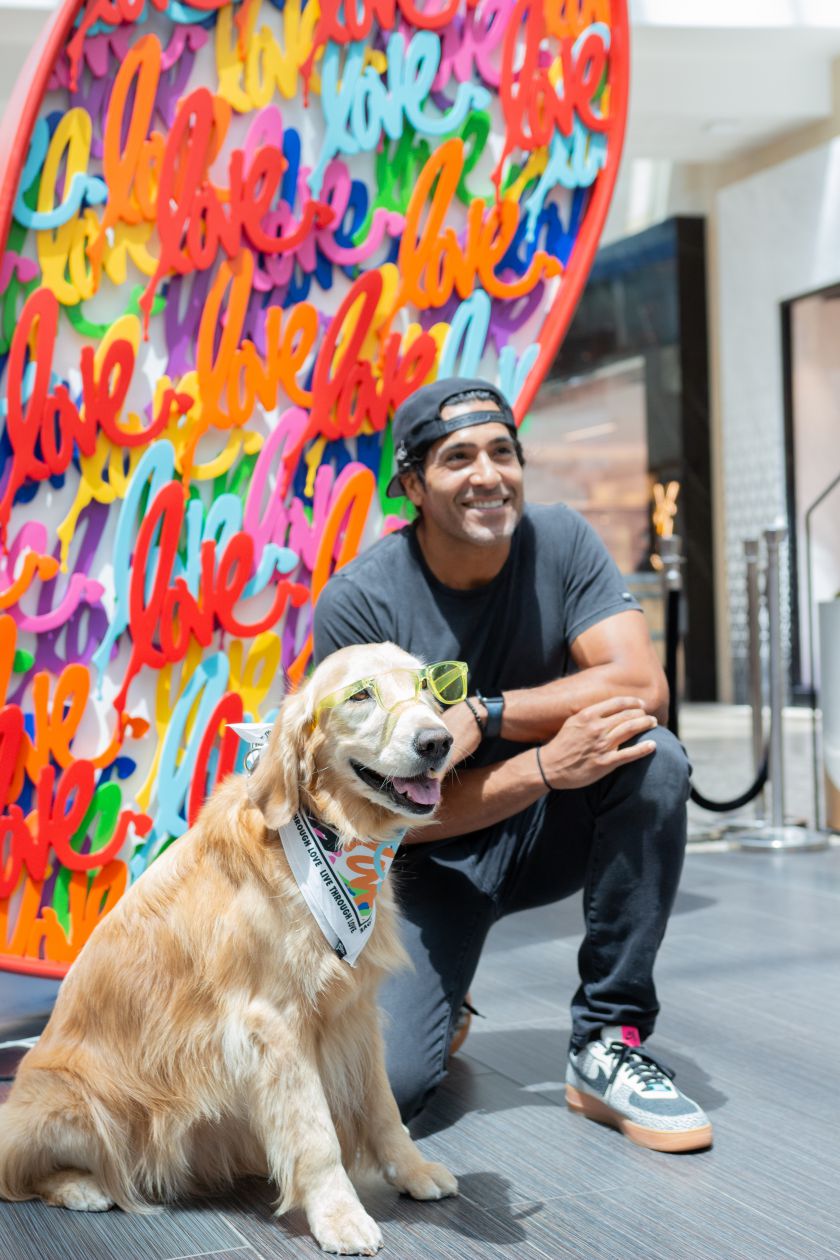 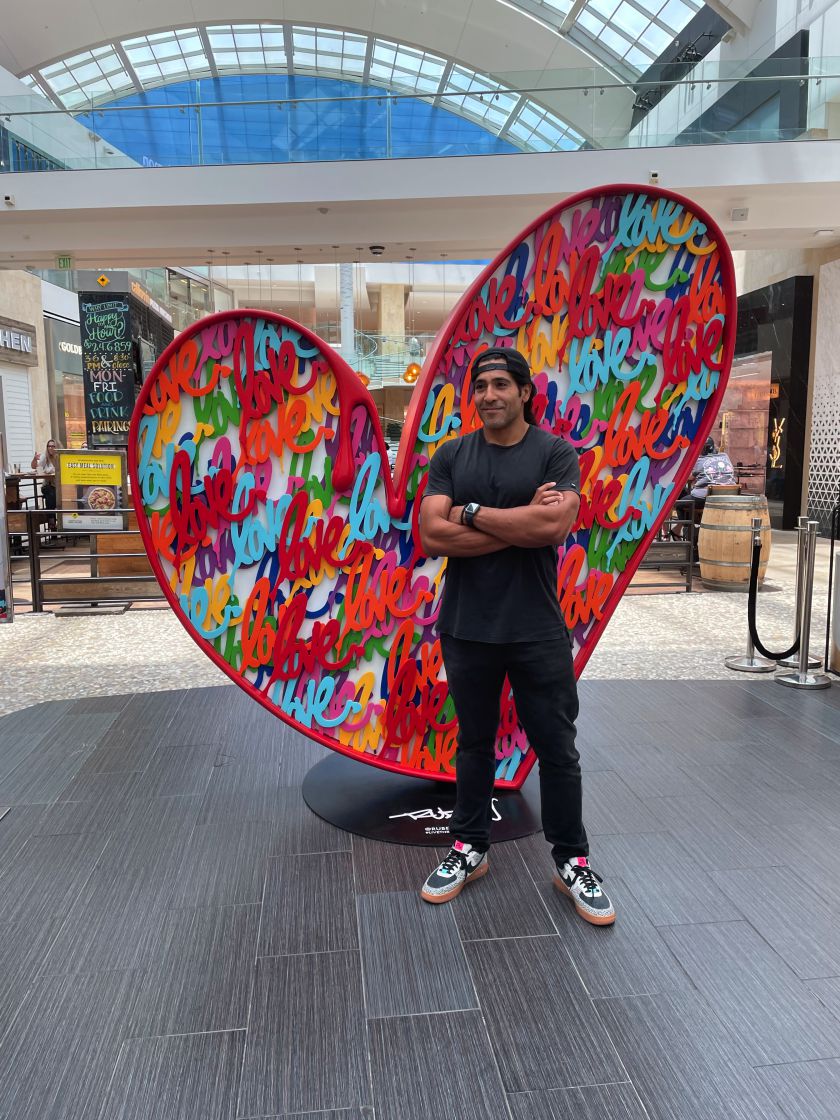