As hospitality industry veterans Adam Manacker and Stewart Levine see it, the perfect way to get adventurous gourmands out to try new things is by reinventing the “dinner theatre” experience, reconstructing it as an ambitious mechanic would transform an old vehicle into a shining show-stopper.
They did this by firing up the Gastro Garage, a progressive dinner experience that turns the old US advertising tagline ‘Now you’re cooking with gas’ inside out. Most recently, Manaker and Levine’s team of culinary “mechanics” hit the road with Torched!, bringing bright lights back into the skies of the shuttered Hollywood theatre district with a pop-up extravaganza after a long summer sheltering in place. The daredevil night on the town was customized to include blow torches, ’70s and ’80s arena rock tunes, classic motorcycles and inventive new ways to rethink doughnuts (‘tanks’) and roast skewers (‘pistons’).
‘We travel and blow-torch doughnuts for a living,’ said Levine, who was a perfect master of ceremonies welcoming invitees back to life on the preview night of the pop-up, which allows the general public to experience a kind of event dining that’s taken the duo and their team around the US and the world and into the backyards of celebrities (i.e. Sylvester Stallone), back lots of studios (an after-party for an American Idol season finalé), Dubai’s super rich and even the British Consulate.
‘I worked for Wolfgang Puck for seven years and Jose Andres for about six years … and my degree is in acting. I apply my education and experience with Adam to show people how food and storytelling meet each other. Here, we’ve transported a kitchen into a mechanic’s shop. Therefore, we don’t have a team of chefs … we have what we’ve trade-marked as “gastro mechanics”. One reason why we did this is that I have too much respect for the great chefs I had the privilege to work for through the years.’
As guests were finishing up “buffalo” potato chips with singed foam blue cheese topping and hot sauce and swigging apple-cinnamon margaritas made with JaJa Tequila (just launched by the band the Chainsmokers), Manacker explained that as they’ve been spellbinding crowds from 10 to 5,000 people since 2014. ‘Wearing masks and gloves is something that’s not new for us,’ given the cavalier use of fire that would even impress some seasoned Cirque de Soleil performers. ‘We are like a band of traveling food pirates,’ he said. ‘We are interactive and immersive in terms of what we deliver for the audience. Our signature foundation is the “gastro-tank”, a savoury brioche-style doughnut. From there we inject them with different nitrous-charged foams and blow-torch awesome stuff on top.’
Given that Wolfgang Puck was arguably one of the first celebrity chefs and Jose Andres practically re-invented sauces and condiments as foam and made plating a dish an edible performance art, there’s no doubt the duo, especially Levine, wanted to see how far they could take private catering and progressive dinners.
‘We’re not only giving participants a meal, but also creating for them a special, happy moment in time that cannot be repeated,’ says Levine. ‘Our garage setting stems from the fact that a kitchen, if you look more closely at it, is like a garage. Just like each station in a kitchen, each station in our garage puts together a different piece of the overall puzzle. I worked in the front of the [restaurant] house for years, and whenever I went into the kitchen, what I found most interesting was how each station fits together. People are interested in seeing what’s behind the curtain, and although the Food Network does a good job of it, we give a different perspective on putting a meal together. While our moves are a bit high-fallutin’ and perhaps scary, we present cooking in a way that’s easy for everybody to follow and understand, more accessible.’
Levine affirms that while the private parties and Hollywood events are the proverbial bread and butter of their business, his passion is setting up pop-up that will always be a special occasion for anybody who attends. The “garage” has been retrofitted for the age of COVID, with a central table for up to 50 people now split up into socially distanced sections with a handful of the pit crew preforming and serving the fans.
‘There’s a lot of storytelling, and each course tells a different part of our personal stories working in hospitality,’ Levine continues. ‘Each dish we’re serving originates from a dish that had an influence on me in one way or another. Tonight will never happen again, every seating will be different for each one of our events because of who happens to be there and how they relate to it. You [the audience] become part of the ingredients that make tonight special.’ •

A hop, sip, and a jump: traversing California’s Sonoma and Livermore wine regions 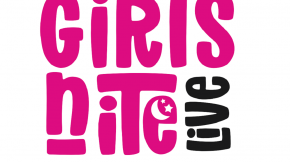 Girls Nite Live: living life to the fullest
Perspectives
Copyright ©2020–1 by Lucire Ltd. All rights reserved. Theme made with coffee and love by ThemeBubble.